Wess’s mother and father moved from Canada to Tampa Florida just days before his birth.
Him and his family stayed there till he was about 15. His father was in law enforcement and his mother was a stay at home wife. During there move back to Canada another vehicle ca-reamed into there’s and was pushed off the mountain road into the woods.
When he awoken he found his father dead and his mother half alive. She died later the next morning from internal injuries.
He swore up and down that he would find his parents killers. He joined the law enforcement and became a detective after years of hard work.

One day while he was studying on college campus he suddenly had the urge to dig at the earth because he felt that something was wrong with the soil. The days that followed involved the need to fix what was broken and bring justice to those who deserved it. Two weeks later he started seeing and hearing things that didn’t even seem like they were there. He thought he was going crazy and ran out of his grandfathers house one night and into the woods because he saw something massive moving through the foliage. Out of no where a wolf jumped out of the bushes and bit into his arm and ran off into the night.
The next day, he was heaving and his heart felt like it was about to burst out of his chest,
he ran into the woods again and tripped over a branch and gazed at the moon that seemed to demand his attention as it hung in half balance. Bones snapped and blood boiled as he began to shift into his natural form… 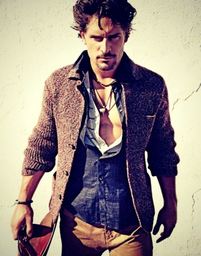